If you want to read the Kindred Vampires stories in chronological order, here's the best way to read them:

Historical Storylines:
Blood Bond (Edwin, Ophelia and Hamlet meet in England at the turn of the 20th century.)
Blood in Berlin (Edwin and his team of spies in WW II tackle a mission for the allies. This is where we first meet the young vampire/scientist Anna)
Thinker, Sailor, Vampire, Spy (Anna and her new lovers fight enemies in the early Cold War period.)
(Coming soon: Sex, Blood and Rock-and-Roll --  Anna with both old and new lovers in the swinging 1960s.)

Contemporary:
The Vampire Next Door (Melynda and Val, Vlad and Esme, have to deal with the evil vampire-hunter, Leo Van Helsing.)
Blood Betrayal (A "flashback" to Vlad's previous love affair with Sofia and his dealings with Van Helsing.)
A Very Vampire Christmas (Melynda and Val, along with Shelby and Quentin from The Time Surfer series, have a fun romp and start some new "traditions.")

I apologize that the publishing dates aren't quite in chronological order. This is due to a series of unfortunate events where I had to wait on some of my books to be released from their previous publisher. The Kindred Vampire stories are all now published (or will be published) from eXtasy Books. 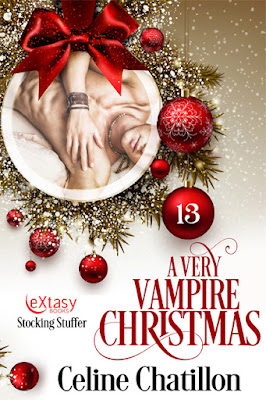 Featuring Melynda and Val from my novel The Vampire Next Door and Shelby and Quentin from the Time Surfer series. 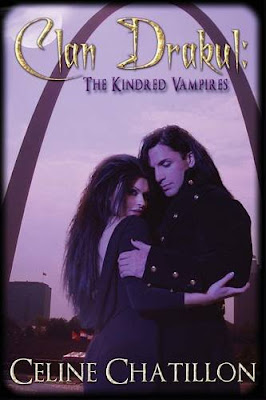 In print from Amazon: Clan Drakul: The Kindred Vampires. This book contains two stories,  The Vampire Next Door and Blood Betrayal.

Two tall, dark and handsome vampires looking for someone to share eternity with-while dealing with a maniacal vampire hunter provides the focus for Clan Drakul.

Click here to buy your print copy of Clan Drakul. 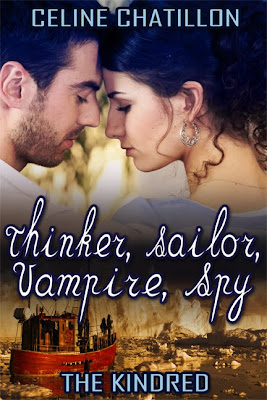 Can Anna Nightingale rescue a kidnapped scientist from the Soviets, clear her friend's name, save  her lovers, and come to terms with her vampire heritage?
1949: Kindred MI agent Anna Nightingale accepts a mission to clear a fellow vampire’s name after he and his human lover, Professor Sorensen, vanish. On board the True North, Anna finds romance with Captain Sokoloff, a man who desires to become a vampire. Once at the hidden Soviet lab, an evil genie and two rogue vampires force Anna and team member  Smitty into an intimate situation that brings forth Smitty’s latent telepathic powers. But can their combined thoughts destroy the djinn and release them all from its hold before it’s too late? 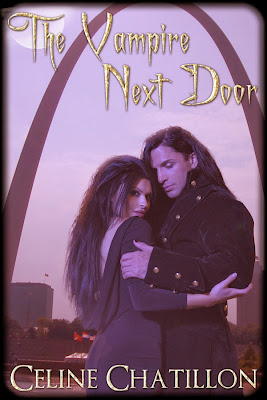 The Vampire Next Door
Book 4 in the Kindred Vampire series
http://www.extasybooks.com/the-vampire-next-door/


Valentine Drakul longs for a mate--someone to share eternity with who won't be totally grossed out living on a diet of steak tartare. Could the sexy girl upstairs fulfill his every fantasy?

Melynda Kerpanik got the heck out of Dodge and ended up in St. Louis working for her cousin as an interior decorator. But will her career plans take a backseat to her curiosity about things that “go bump in the night”?


A deadly foe ensnares Mel in his evil plot to rid the world of Kindred race... Can Val save the mortal woman he loves without transforming her into the eternally lonely being he's become?

Read an excerpt from The Vampire Next Door at  Celine's Dream's blog. 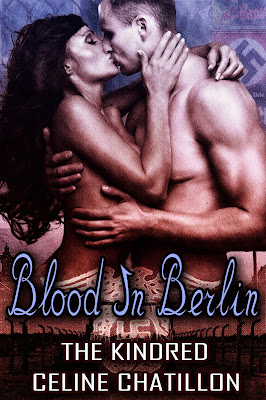 In 1938 London, the vampire Edwin Carstairs attracts the attention of British Military Intelligence. A Nazi scientist known as Madame V is creating super-vampire-soldiers in Berlin and must be stopped. Edwin accepts the mission, hoping to prevent another devastating world war. But what will he and his team do when Edwin’s lost love Ophelia Jones is discovered taking an eager part in experiments that risk the very survival of human and vampire-kind alike?

Here's what readers have said about Blood in Berlin:

"...writing that is very well crafted... your writing IS ‘tight’, is descriptive and emotive, and, also, moves the plotline forward in a natural way... your story... did engage me, quickly, in your altered world and the people in it." --reader Khulwaters 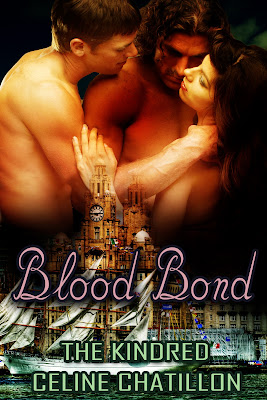 Edwin travels to Liverpool out of duty only to discover desire in the arms of the wildly sensual Ophelia and her darkly exotic employer known simply as Hamlet. When a vampire hunter threatens to destroy Hamlet, the three lovers’ blood bond is tested. Will Edwin be able to save his Kindred sire and return home in time to see the 1904 World’s Fair?


Click here to purchase this book at the best price.

Read an excerpt at my Celine's Dreams blog. Read another excerpt by clicking here. 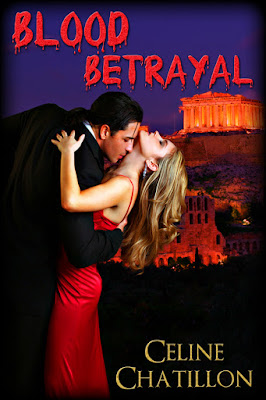 Blood Betrayal
A Kindred Vampire Tale
Vlad, Leo, and Sofia form a love triangle with a bite and the spilling of blood...

Vampire Vlad Drakul has found the love of his...existence... in the beautiful and intelligent businesswoman, Sofia Martinelli. But is the sex-loving vixen all who she appears to be?

Leo Van Helsing cherishes his family's "calling". Perhaps a bit too much. He'll see the heinous blood-sucker dead... and he's not above using others to obtain his goals--even if it kills them.

One fatal night in Istanbul will change Vlad's afterlife forever. Can he abide a Blood Betrayal?

Convenient links to all books in the Kindred series: http://www.extasybooks.com/the-kindred/ 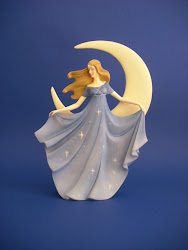 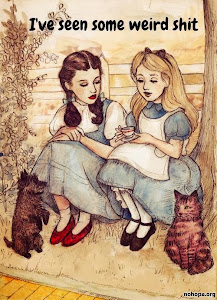 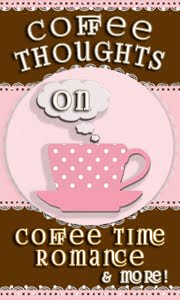